In this post, I want to take a little time to talk a bit about living with arthritis pain. People with arthritis will all have their own stories, they will have similarities to mine and differences as well.

As many of you who have read my previous posts will know, I suffered an accident at work and broke my ankle and leg in multiple places as well as dislocating the ankle.

I came close to losing my foot as the dislocation had caused bones to overlap and cut off blood supply to my foot.

The delay in getting back on my feet coupled with the trauma of the injury meant I had already developed osteoarthritis in my ankle.

I was offered an ankle fusion but I declined, after reading about the procedure it just felt like it would be reliving the whole experience again within a year and I couldn’t face it.

I’ve since been told that they would have to fuse my whole foot and not just my ankle now.

I’ve heard from a lot of people who have had a fusion and felt no benefit, in some cases, it’s been made worse. 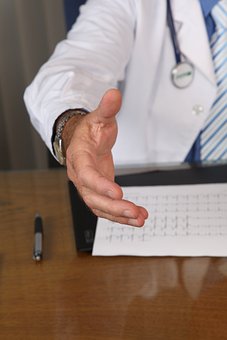 The last time I saw a consultant he told me the only viable option was amputation.

I declined again and I’m not a man who likes to say no, though at the age of 31 I didn’t see it as a viable option.

I know what people are thinking, these days there are a lot of amputees living strong independent lives, but considering all the things I can do I didn’t think it was the best option for me at that time.

Side effects of arthritis

I talk quite a bit about the side effects of drugs on this site and encourage using natural alternatives where possible.

The problem was these side effects I was experiencing were not due to any drugs.

I tried, as I always have, to remain positive but there are times when that isn’t easy.

After being diagnosed with severe arthritis, unable to move my ankle joint, muscle wastage, swelling, struggling to walk, not to mention the accident itself and losing my job oh and the prospect of this being the norm or getting worse for the rest of my life, it’s fair to say I would get angry and upset occasionally.

I started to think of all the things I was unable to do, I couldn’t do my regular job anymore.

It might sound a bit stupid and far-fetched but in the early days it was all that went through my mind. These thoughts spiralled… 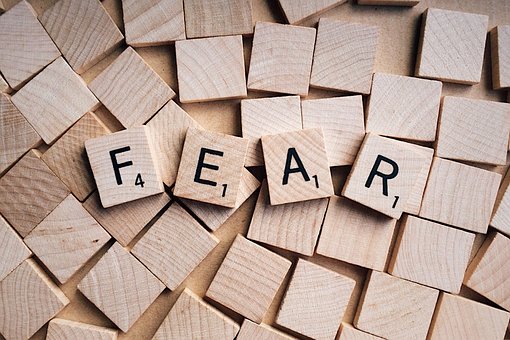 As my mobility wasn’t very good and I was using crutches I began to fear leaving the house.

In all honesty, it would make me feel pretty pathetic, I was a 27-year-old man who worked hard went to the gym lived life how I wanted but now I suddenly felt vulnerable.

I don’t live in the greatest area and I would be concerned that if I went out the house I could be mugged and not be able to do anything, or I could fall over outside and re-injure myself.

When I knew I had to go out of the house for something I would go into a cold sweat, feel sick and sometimes struggle to catch my breath.

I even made excuses to not go to things, I would initially feel a wave of relief when I had made my excuses and got out of going.

Relief would be followed by a wave of anger because I didn’t feel my old self and I would never be the same again.

I overcame my anxiety thanks in part to a supportive wife and family.

I tried to refocus my mind to think about what I was still able to do and what I thought I may be able to do so that way I had goals to aim for.

I had to retrain my body and mind so that I could try to focus on little tasks that I had completed and use it as a way to measure progression.

As my body became stronger and I was able to do more, my confidence grew and I began to see some light.

I’ve grown up with dogs and always had a love for them, one of the reasons we bought our first home instead of renting was so we could have a dog.

In late 2014 Maisy arrived in our home and I had a reason to go outside, to walk the dog.

A simple task but one that has probably helped me make massive improvements.

Look for the light

I still have painful times but for the past 3 months, I’ve had little to no pain and taken no painkillers.

In the dark days when it’s painful, it’s easy to sink into anger and frustration or even anxiety.

Remember what you can do and what you want to be able to do.

In the past year I go out to work, I’ve had 2 holidays, got married and continue to improve my leg strength to give me the best support and stability.

There are obviously still things I want to do, the main one is simple, I just want to run around the park with my dog, for now, I will have to stick to walking her.

The mind is a powerful thing, harness that power and make it work for you!

This I believe is vitally important. Of course, there are other things I do that I believe have helped me gain control over this disease.

I’ve shared some with you already and I will continue to.

Spread awareness far and wide, share your own tips with each other surely we stand a better chance of beating this if we all pitch in!

14 thoughts on “Living With Arthritis Pain”